Philosophy of Biology Before Biology 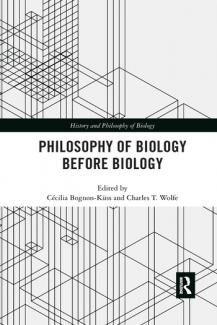 The use of the term "biology" to refer to a unified science of life emerged around 1800 (most prominently by scientists such as Lamarck and Treviranus, although scholarship has indicated its usage at least 30-40 years earlier). The interplay between philosophy and natural science has also accompanied the constitution of biology as a science.

Philosophy of Biology Before Biology examines biological and protobiological writings from the mid-eighteenth century to the early nineteenth century (from Buffon to Cuvier; Kant to Oken; and Kielmeyer) with two major sets of questions in mind: